I worked with four engineers and a project scientist to design, develop, qualify/test a silicon photomultiplier (SiPM) preamplifier for photon pulses produced by plastic scintillator (each scintillator detector is 1.8 m 6.35 mm). The preamp provides a gain of and enough current drive for the signal to be sampled downstream.

To achieve highest possible the end-to-end timing resolution should be as high as possible. With the fourth generation boards we are able to exceed the requirement of 500 ps. 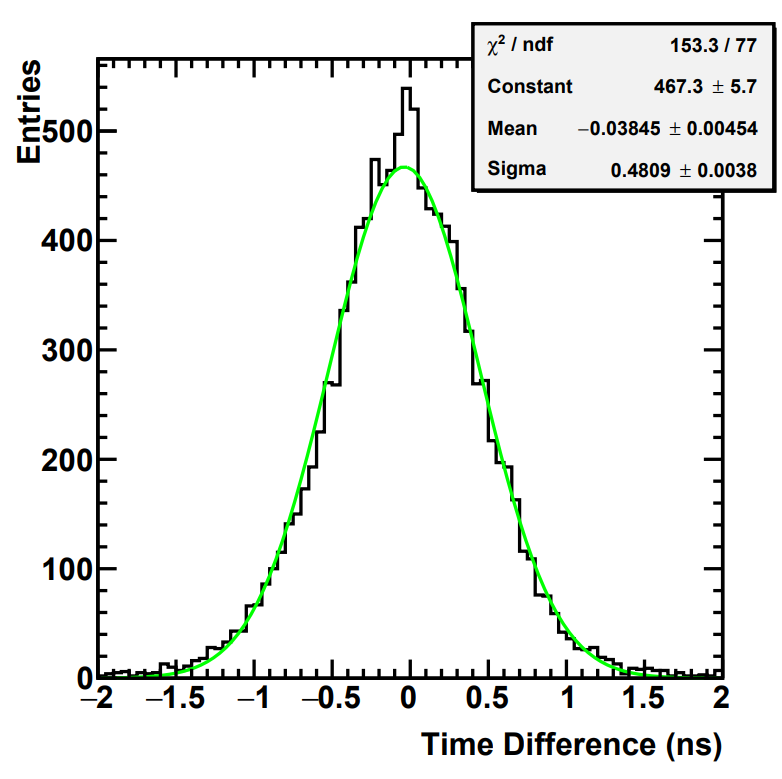